Picture this typical but unfortunate holiday scenario in Hong Kong – replying to emails, dealing with calls from management and even joining the odd skype conference. A study by Expedia found that only 53% of employees felt relaxed after taking a holiday and a separate study by Bestvines found that employees in the UK aren’t even fully using their weekends to relax, as they tend to start planning their work schedules at 4pm on Sundays.

Research by Stanford University indicates that productivity drops significantly after working more than 55 hours in a week, stating that working 70 hours per week is no more productive than 55 hours with anything over 55 hours being a waste of time.

So, the evidence suggestions that taking time for adequate rest actually helps to increase productivity. Research by Boston Consulting Group found that forcing employees to take time over actually increased their productivity.

But with so many responsibilities, how can you ensure you really relax in your off?

“No Way! I’d rather sleep in after 5 exhausting days at work!” Have you ever noticed that after 10 hours of sleep, the longer you stay in bed, the lower your energy levels are? Sleeping might be the best remedy for physical tiredness, but if you’re mentally drained sleeping more won’t replenish your depleted energy levels.

According to the University of Georgia even low to medium intensity exercise can help people recover their energy. Their researchers divided participants into 3 groups, the first was assigned medium-intensity aerobic exercises 3 times a week, with the second group assigned low intensity at the same frequency. The third group was used for control and wasn’t assigned any exercise. The study concluded that the first two groups experienced 20% higher energy levels than the control group. So physical activity at any intensity can help people recover.

Professor James Moffat, credited with translating the Bible into English was a man of many talents. He was famous for an immense capacity to work without getting tired. In his study room, he had three desks, each of which covered with paper-work for a particular task. In his case it would have been Bible translation, Academic research and a new book he was working on. Whenever he became tired, he just took a moment to stretch and moved to the next desk. This refreshed his mind which allowed for continued concentration on a different topic.

Task Switching enables parts of your brain to relax by switching activity to different areas. Carl Newport, the author of Deep Work, points out that the working world’s top performers use up 4 hours at most for intense thinking, and most of them split this 4-hour-practice into 2 sessions, focussing on less complex tasks in-between, which avoids excessively using the same area of the brain. If you spend long hours in front of a computer, it’s worth considering a walk, or any type of exercise for that matter (even cleaning your house helps with mental relaxation). The reverse is applicable if you have a physically demanding job.

Business psychologist Jane Clarke states that for some people, the idea of relaxing itself can be stressful as “Knowing they haven’t checked their schedule or email for two weeks means work is piling up”. However, the best way to relax it to do something you really like, the key is that it provides a feeling of satisfaction afterwards.

The French government is considering a ban on sending work emails over the weekend, aimed at preventing people from checking their during their leisure time. Unfortunately, it might take some time before this comes to Hong Kong. 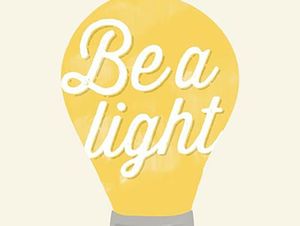 
4 Ways to Sustain that ‘First Day at Work’ Motivation 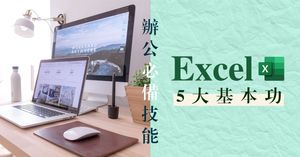